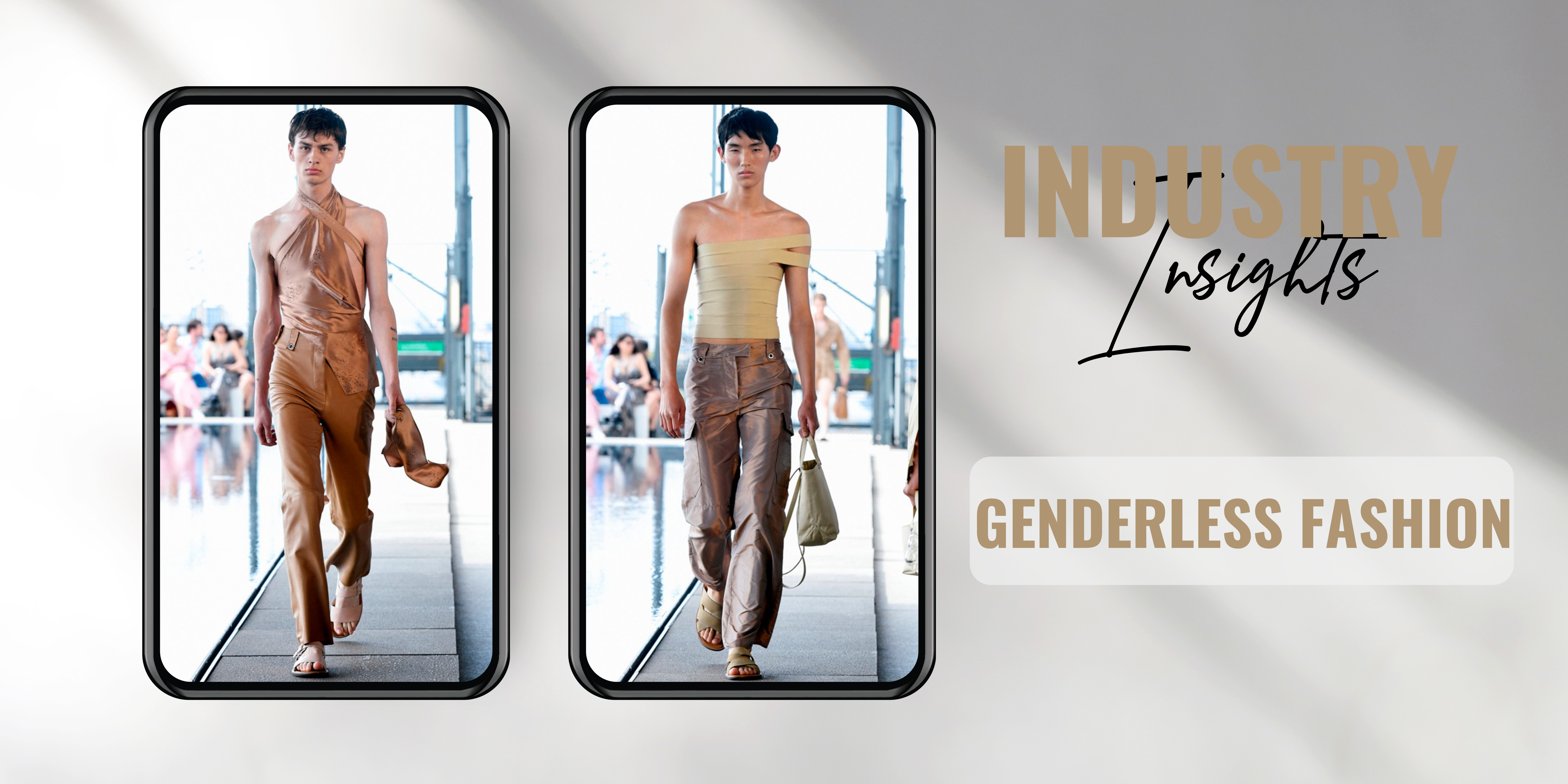 Genderless fashion, gender fluid, uni-sex, gender-free, transgender, non-gender: all these terms refer to the same notion, which disrupts traditional conventions. Thanks to a new generation that is far more open-minded and tolerant, genderless fashion is slowly becoming part of the routine. Slowly but surely, the boundaries between genders are less and less noticeable. Is genderless fashion merely a 2021 tendency or does it really impose itself as a revolution?

What is genderless fashion?

Gender roles have been socially established for several decades now. The traditional codes have always wanted women to impose themselves in the eyes of society in one way and men in another, without ever being combined. Among these customs, the female gender rhymed with pink and dress while the male gender rhymed with blue and suit. Only, in recent years, the archaic codes have been overturned.

Fashion has always been a way to express one’s true personality through a certain clothing style. This statement has never been more accurate than nowadays. The new generations are living in a world that is more tolerant and accepting of others, which has led fashion to a renewal, called genderless fashion. The concept of genderless fashion simply embodies the freedom of any individual to dress in any way they wish. It is the rejection of all traditional norms based on any separation between the sex of a person. Genderless fashion is a great promise for the very future of fashion, since it is a break between feminine and masculine. In a few words: dress as you please!

This new approach is embraced by many brands, who are including genderless fashion in their collections and in their fashion shows. In the luxury fashion, from Louis Vuitton to Gucci through Stella McCartney, these brands are more and more taking a stand. Here are some examples:

During the launch of the new Louis Vuitton Spring/Summer 2021 collection, Nicolas Ghesquière answered the question of what an in-between garment would look like. With pieces such as suits with androgenic cuts or wide shorts associated with crop tops, which are thus part of a style neither masculine nor feminine, Nicolas Ghesquière has translated his vision of genderless fashion. The latter indicates that he would like the French house to go on a “journey of exploration… to discover and abolish the last [gender] boundaries.”

Inspired by an inclusive and diverse generation, Stella McCartney unveils its first unisex Shared collection. The capsule collection contains many of the brand’s signature pieces such as trench coats and suits, but also includes a more urban style, with the inclusion of pieces such as jersey t-shirts, sweatshirts, oversized down jackets… Stella McCartney comments in an interview with Hero Magazine, “I think it’s beautiful how [young people today] are inclusively celebrating individuality and diversity and using their self-expression to affect social change.”

Following this genderless fashion focus, Gucci has launched Gucci MX, a new “genderless” category on its website. This collection embodies this blurred vision of distinction between male and female. Gucci MX is divided into 4 categories: ready-to-wear, bags & luggage, shoes and accessories. To go even further, creative director Alessandro Michele chose to use exclusively non-gender models to portray these pieces.

When presenting this new category, the website states that the collection aims to : “set out to deconstruct preconceived binaries and question how these concepts relate to our bodies. Celebrating self-expression in the name of all gender equality, the House presents MX.”

Celebrities and talents who have become the face of genderless fashion

Former member of the band One Direction, Harry Styles is the first man to grace the cover alone of Vogue US. But there is more, as the young man is dressed in a tailor-made Gucci ball dress topped with a tuxedo jacket, an absolutely perfect mix between feminine and masculine. In an interview accompanying this cover, Harry Styles said: “I’ll go in shops sometimes, and I just find myself looking at the women’s clothes thinking they’re amazing. It’s like anything – anytime you’re putting barriers up in your own life, you’re just limiting yourself.”

Billy Porter, American singer, actor and author, continued being face of non-genre fashion at the 91st annual Oscars ceremony. Indeed, he arrived dressed in a tuxedo Christian Siriano like no other, since it ended as a beautiful black dress. In an interview given to Vogue US, Billy Porter explains his daring choice by saying: “I used to get frustrated that women could wear whatever they wanted and men had to show up in the same penguin suit.I had been running from my feminine side for years because I was told that my queer­ness would be a liability in this business,” he said. “And it was for decades — until it wasn’t.”

Alok V Menon is a highly recognized talent on social media. He identifies himself as a gender non-conforming and transfeminine person. This talent is recognized because he is voiced in a variety of ways, as he describes himself as an author, performer, speaker and fashionista. Alok embodies a daring style, flaunting sparkling looks and colorful makeup, accompanied by his body hair that he embraces no matter what. With almost 1 million followers on Instagram, Alok holds speeches and an image in favor of genderless fashion.

Umber Ghauri is a non-binary makeup artist and speaker. On Umber’s Instagram account, you can find all the work done on people of all genders, including Alok V Menon. The message that Umber delivers via her social media is that of providing beauty for all. Thus, she also uses her rising influence, to promote fully inclusive brands.

At Talent Village, we believe that genderless fashion is becoming more and more important and it removes the labels traditionally anchored in our society. If you are a brand and you want to present a collection for men with skirts, go for it! And if you’re an established talent who has always been drawn to the opposite sex’s clothing, go ahead and embrace your true nature! A person’s identity is about asserting their true personality, and fashion is just a way to express it, so it shouldn’t be filled with so many rules! 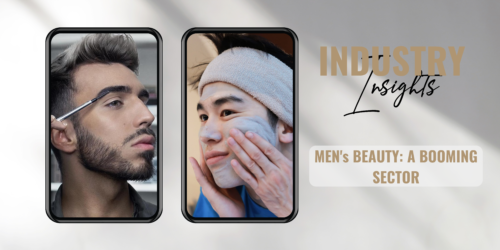 Today, we’re challenging you to walk into any beauty store, and tell me if there is one that doesn’t favor women’s beauty products. Nowadays, with the rise of topics like genderless fashion, this kind of beauty discrimination should no longer […] 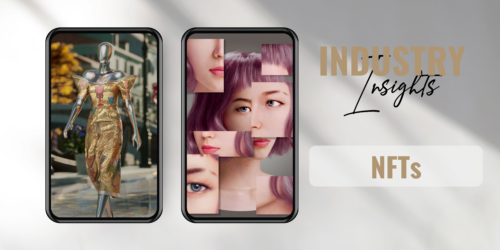 STEPPING INTO THE FUTURE: NFTs

In the Fall of 2021, and since the beginning of the pandemic, non-fungible tokens (NFT) are a trendy topic in the digital world. However, it is within the luxury sector that this topic is more controversial. Can NFTs be considered […] 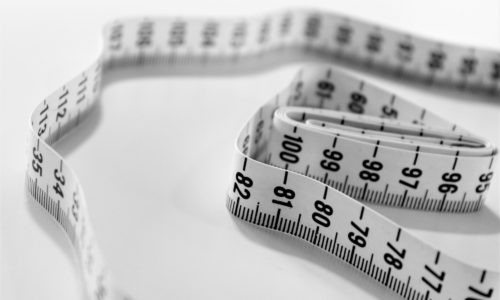 THE METRICS THAT MATTER

For those of us in marketing it’s easy to have our heads swimming with facts and figures. That’s because we need these stats to prove the value of our campaigns and the return on investment. Metrics are a tangible way […]